Order one flute headjoint, and I will customize three headjoints precisely to your flute, so you can choose your perfect one. This way you can single out the most perfect sound for you. and when you send the other two back, I will pay for the return shipment. 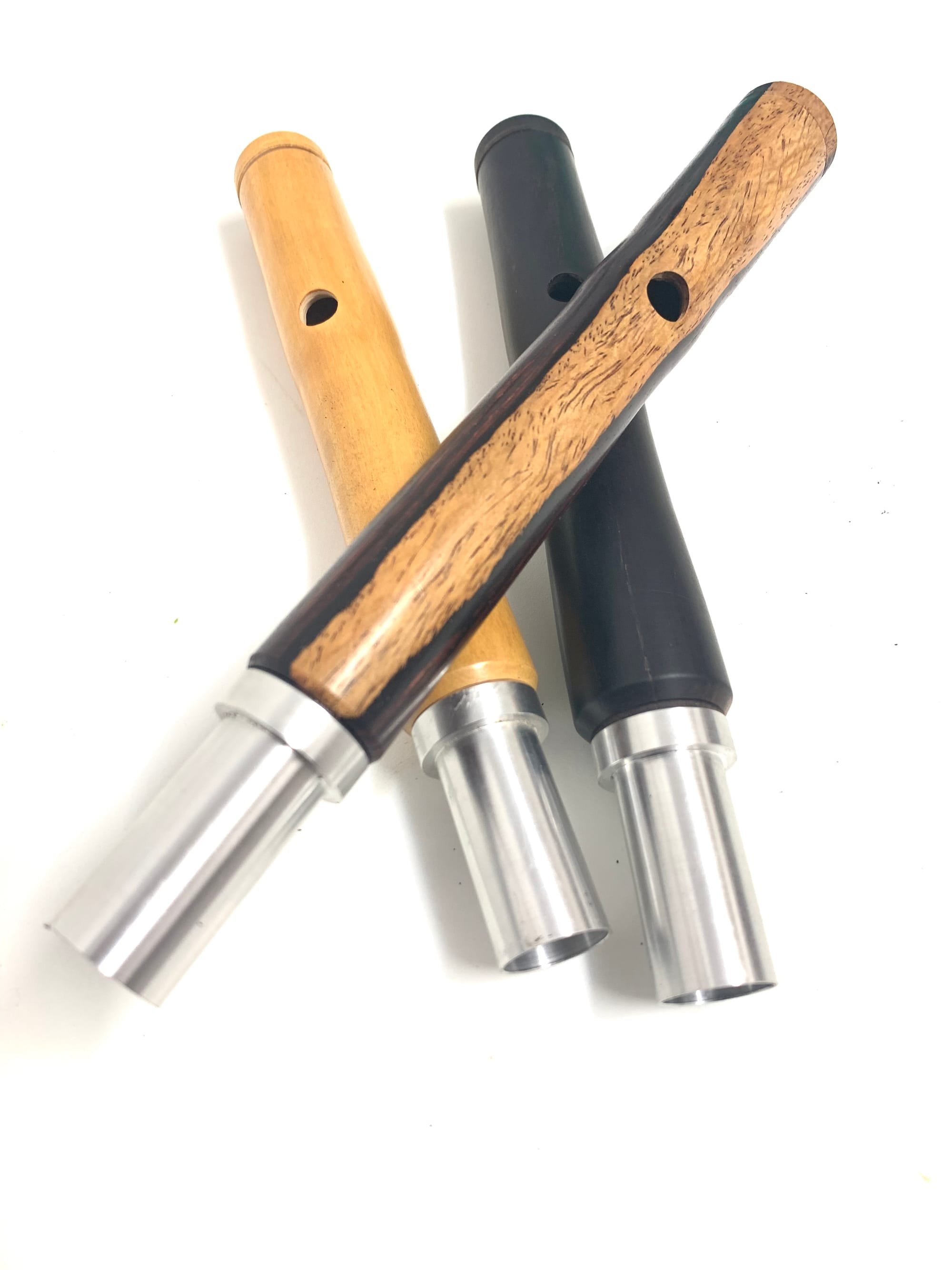 "Louis signature flutes" crafted in the Baroque tradition of flute making. 100% handcrafted on par excellence Woods for the Brilliance of sounds.

I learned to make the Baroque Flauto Traverso from the master flute maker Fridtjof Aurin.

I create my flutes with extreme precision and strive for excellent musical qualities so that the instruments will inspire and delight both the player and the listener.

I make the flutes by hand from a particularly rare, 80 years well-aged stock of woods.
I Processes the wood with a manual lathe. my drilling is done with special and precise cobalt drills up to a thousandth of a millimeter. I carve the inside of the embouchure by hand, layer by layer, in order to reach the personal signature that is appropriate for a player. Thus I get my unique sound, which cannot be produced in a machine.

The sound of my flutes made from this wood is intense, trenchant, powerful, and rich. They are surprisingly responsive to delicate nuances of style and embouchure.

The "Flute of Love" project is designed to encourage good deeds.
I propose to donate a professional wooden flute headjoint to any musician who can not afford to buy one.

In return, the musician will take a needy, worthy student and teach him or her for free. 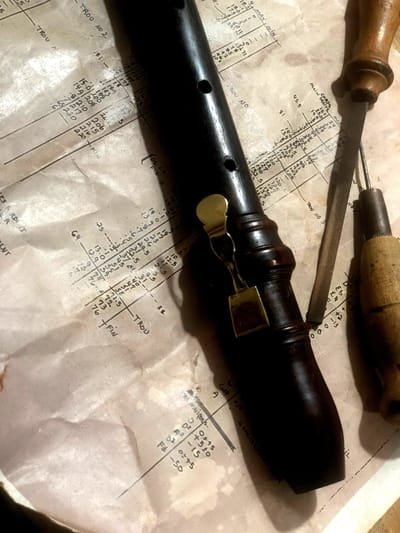 Care and maintenance
The flute is made of the highest quality wood, which has undergone a process of natural drying for many years. Nevertheless changes may occur in it because it is an organic substance.
I therefore recommend lubricating the flute every two weeks, and keeping it from sharp changes in temperature.
If playing it in is done gradually and in the recommended
way, the flute will slowly open up and its sound will improve. On the other hand,
if it is played in too quickly, cracks and warping of the wood may occur.

Playing the flute
A new instrument needs to be played in gradually, in order to let the wood settle
and it should be oiled in such way that a thin protective layer of oil will be
developed on the surface of the flute’s bore. In the first few weeks, the flute
should be played in short sessions: not more than thirty minutes at a time. Wipe
the inside of the flute dry with a cotton cloth at the end of every session. Allow the
flute to dry out properly between sessions, Don’t do more than two such
sessions per day. Oiling should be done about once a week, using linseed oil in
the manner described below. After the first month the flute HJ can be played for
longer amount of time.

Oiling your flute
I use edible cold pressed organic linseed oil to oil my flutes.
do not use hardware store linseed oil it is poisonous as this may contain turpentine. Linseed oil
is hardening oil, which means that it would be applied to the instrument in small
quantities. It is important to realize that different types of oil should be used in
different ways on your flute. With non drying oils such as olive
oil a flute will require more frequent oiling and larger quantities of oil. The
manner of oiling described below is specific for linseed oil. Please consult me
before using any other oil on your flute. After the first two months of playing,
oiling will be done once in a month or two (depending on how much the
instrument is being played) in the following manner:
Make sure the flute is completely dry. Never oil it directly after playing.
Allow at
least half a day between playing and oiling
Take the flute apart, including the right hand joint and the food joint.
Take a small piece of cotton cloth, dip it in the oil, and squeeze all the
access oil out. The rag has do be dump with oil, but not soaking wet. Pass
the oily rag through the bore of the flute using a stick. Make sure that the
bore surface is equally coated with oil. Lightly oil the outside of the
instrument as well.
Allow the oil to settle into the wood for about half an hour.
After half an hour wipe the oil away using a clean piece of cotton. It is
highly important that no excess oil remains on the outside or inside of the
instrument, as this will crystallise and will be very difficult to remove later.
Allow the oil to dry for at least half a day.
Please come back to me with any other problems you have with
your instrument.

1 year guarantee and one-time free service
my flute are made to last for Lifetime, nevertheless if any natural damaged occur on the flute, you may claim a fixing or exchange. the flute must be serviced only by me in order to be eligible for these guarantee.
after the first year you may ship the flute and I will inspect it clean it change the Cork and oil it, free of charge.


If anything is unclear or you have more questions feel free to contact me.